Take the helm and set course for Warframe’s next leap forward: Empyrean.

Cooperation is vital to survive aboard the Railjack. Man the turrets, pilot the ship, fight the fires — everyone has a role to play here. In this foundational update for Warframe’s space combat, work together to assault the Grineer above Earth, Saturn and at the edges of the Origin System. More factions and locations will come online in future updates.

Reminder: This phase of Empyrean is designed and optimized as a cooperative experience. Solo players will still be able to enjoy Empyrean, but the difficulty and progression is balanced around full crews. 2020 will bring enhanced Solo capabilities with Empyrean!

Get free Twitch drops throughout the next week as we celebrate the launch of Empyrean! Read on to learn more about our celebratory streams, how to get your Drops and how to begin your journey in space.

The Sigma Series Railjack
The Railjack is a multi-crew interceptor designed for salvaging wreckage and heavy combat. The Railjack delivers customizable firepower on a massive scale, including twin-mounted nose turrets, manned wing turrets on each flank and an underslung, armor-piercing forward artillery cannon. 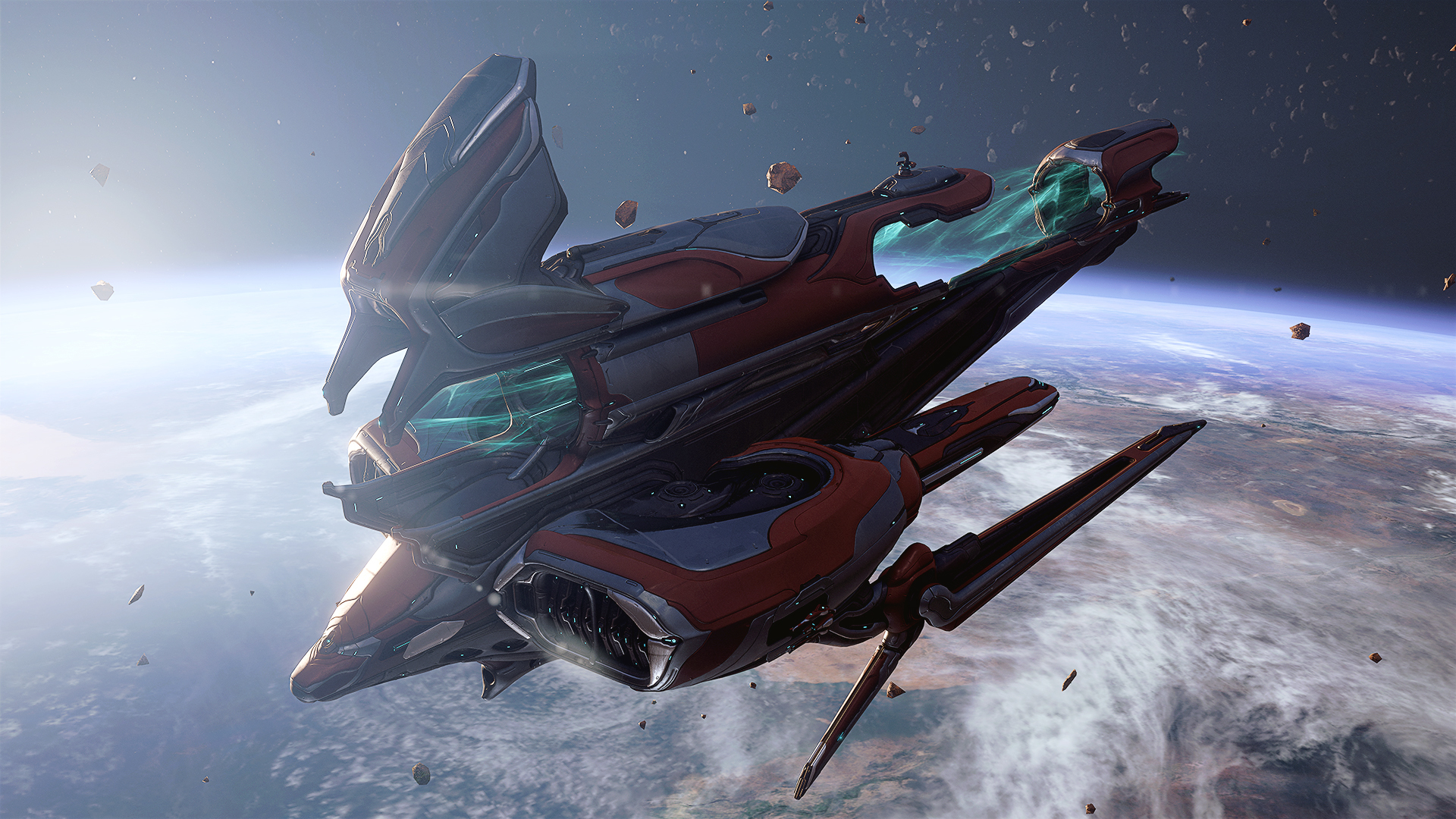 This interceptor has three primary components: Engines (speed), Reactors (tactical capacity) and Arrays (shields). During missions, you and your crew will collect armament and component wreckage, which can be repaired into ship upgrades back at the Dry Dock. You’ll also discover three categories of Avionics to install:
Avionics, components and armaments are made by multiple houses. Each brand offers different strengths and weaknesses allowing you to further customize your experience. These parts can only be equipped at the Dry Dock, so make sure you’re prepared for combat before you fly to your next mission.

As your Railjack takes damage, fires and hull breaches will require your swift attention, along with hostile boarding parties looking for havoc. Keep your Railjack in operational condition by using the Omni multiuse tool to douse the flames and seal the holes. If you can’t leave your station, pull up the Tactical Map to issue commands to your crew!

Begin Your Journey
Once you’ve built your Archwing, matchmake into any open crew from the Star Chart by using the “Join a Crew” button! If you want to use your own Railjack, host the mission by starting it up from the Navigation screen aboard your Railjack.

To experience the full Empyrean progression, you’ll want to be in a clan and build your own Railjack. Add the Dry Dock room to your Dojo, then begin the Quest to rebuild your Railjack from salvaged pieces across the Origin System. Once the pieces are in place, board the Railjack, find the Reliquary Drive at the rear and get your ship in working order!

Skirmishes
Empyrean delivers the first of our planned modes: Skirmish. Set a course for Earth, Saturn or Veil Proxima to gun down fighters, sabotage crewships and more as you launch an all-out assault against the Grineer.

When selecting nodes to play, the core mission objectives vary depending on randomized aspects of the actual mission tile, which we refer to as “points of interest.” Certain nodes have guaranteed POIs to explore or sabotage. Multiple POIs are available in this initial update, including Grineer capital ships and asteroid bases.

Payloads
Managing a ship requires different resources to perform different tasks, like sealing hull breaches, firing ordnance and using the forward artillery. Consoles are located in the Railjack’s cargo bay to refill your payloads during a mission. Prepare for your skirmish in advance by visiting the Dry Dock and pre-loading your ship.

Intrinsics
Intrinsics is a brand-new progression system that focuses on your individual skills, regardless of your Warframe or loadout. There are four Intrinsics shipping with the initial launch of Empyrean:
These player-level skills apply to the Raijack experience and allow you to unlock individual abilities, like special maneuvers for the ship or additional tactical abilities. These skills and their bonuses follow you even if you’re on another player’s ship!

Complete the Look
Your Railjack is your very own to customize. Tweak the interior and exterior colors to your capital taste, bestow your vessel with a glorious Glyph, then finish it all off with an elegant name worthy of your conquests. Want to change the design of your Railjack? Railjack Skins are available for purchase in the Market! 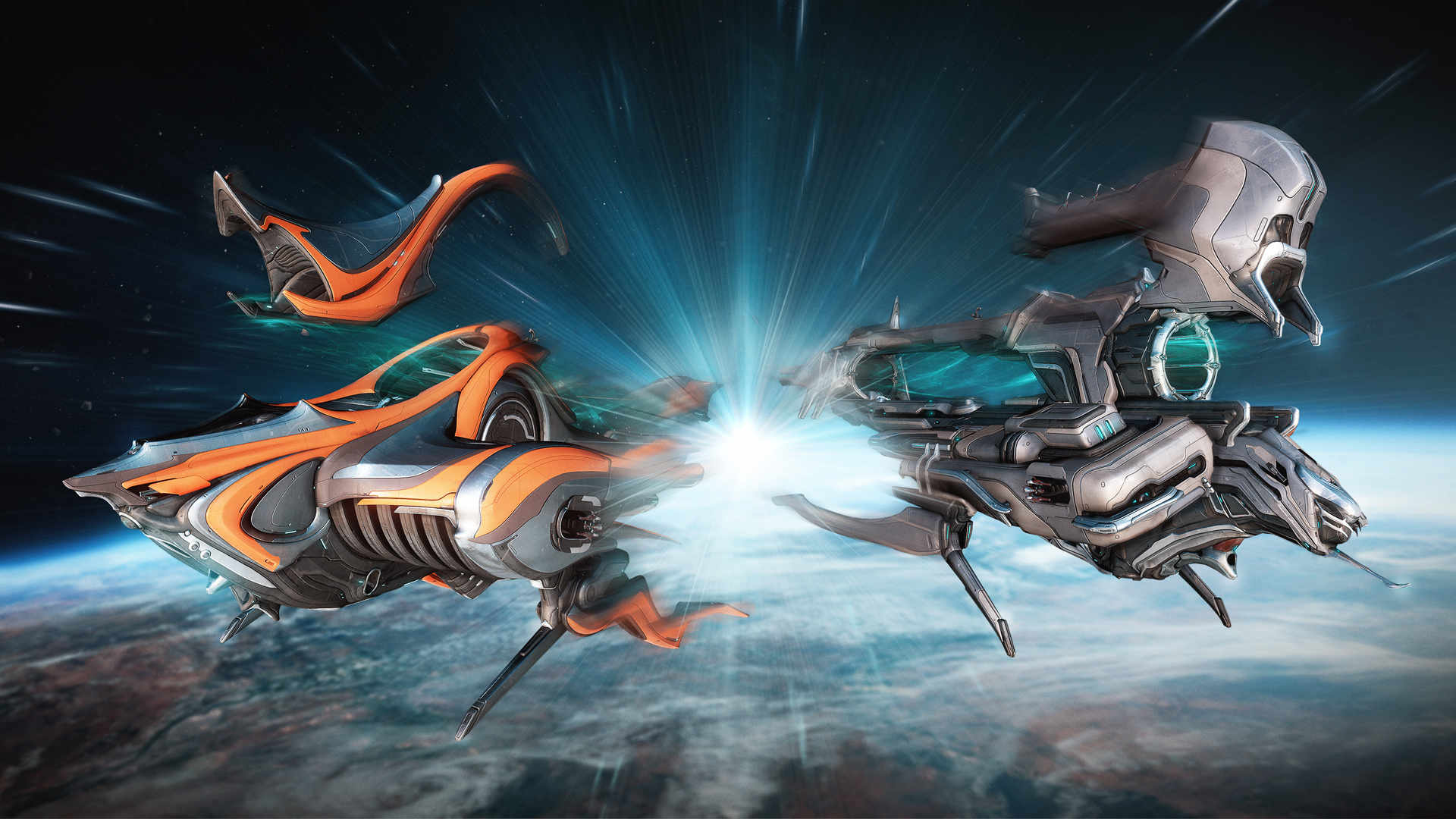 Tenno Reinforcements
Honor the fallen with these ancient Weapons and Customizations, restored to their former Old War glory. Use them with pride, Tenno. 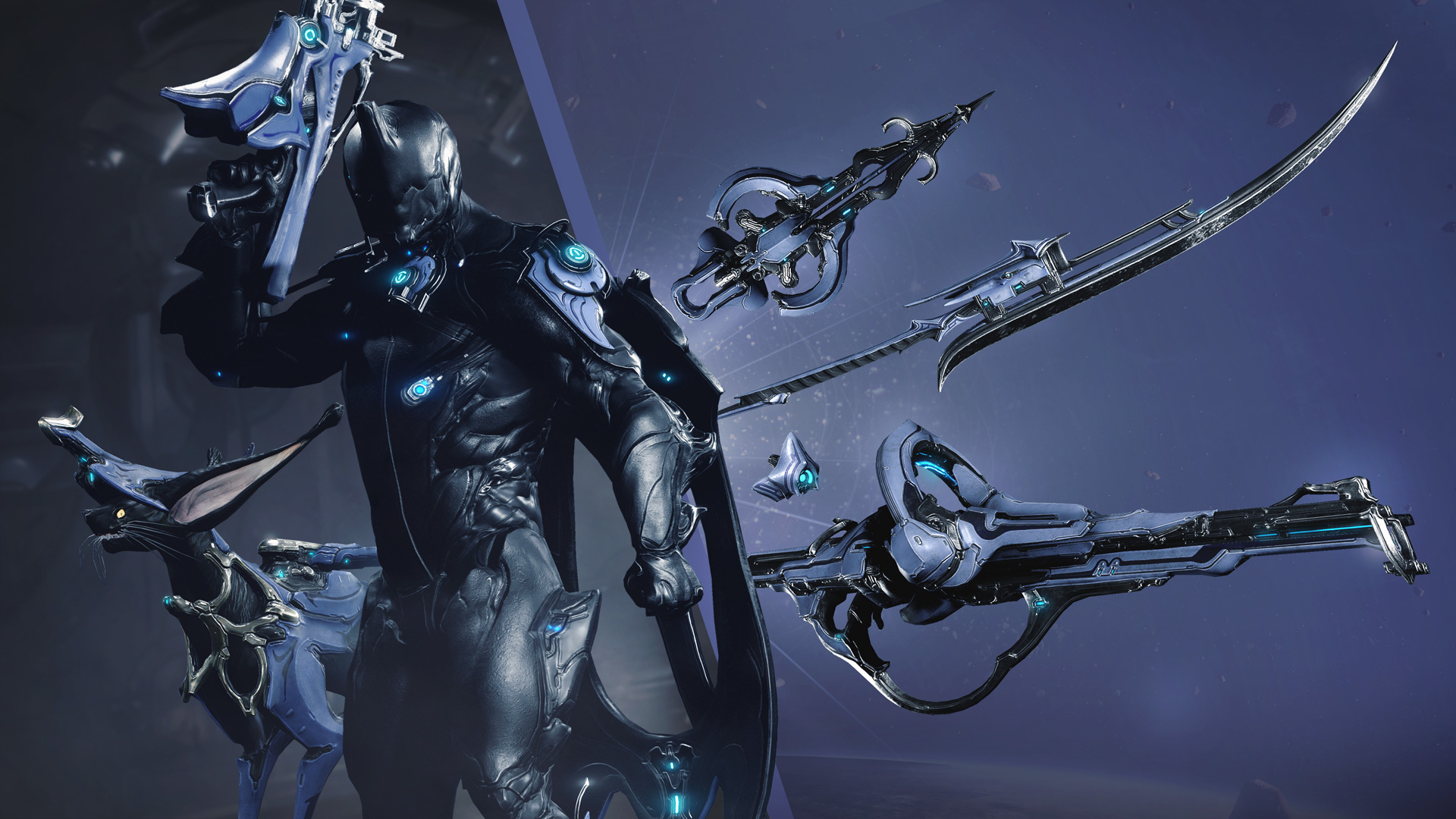 QUELLOR
The Quellor was standard-issue to Dax Railjack crews of the Old War, dating back to the earliest, pre-Sigma craft. A rapid-fire assault rifle with a hefty clip-size, the Quellor is an all-round workhorse.

PENNANT
The steel flag of Old War Railjack crews, the Pennant was invaluable in repelling boarders. With each heavy attack kill the Pennant's speed of attack increases.

ZUNDI PISTOL SKIN
As no Zundi weapons survive from the Old War, this formidable pistol skin was created to honor them. Stout, distinctive and intimidating, it is a reminder of times past.

SIGMA SERIES SYANDANA
This Syandana was a mark of honor, and part of the battle dress of Warframe Railjack Crews. 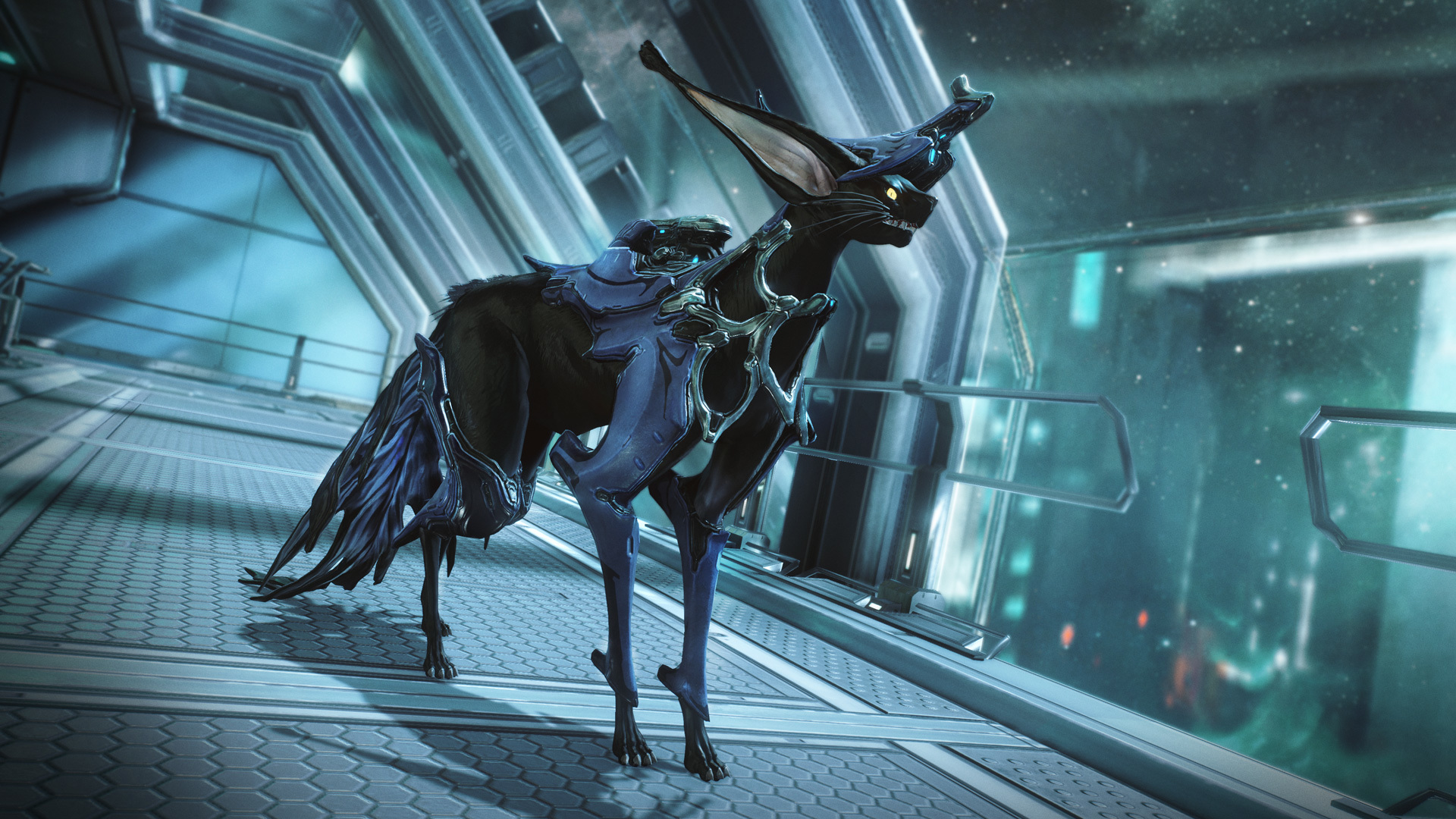 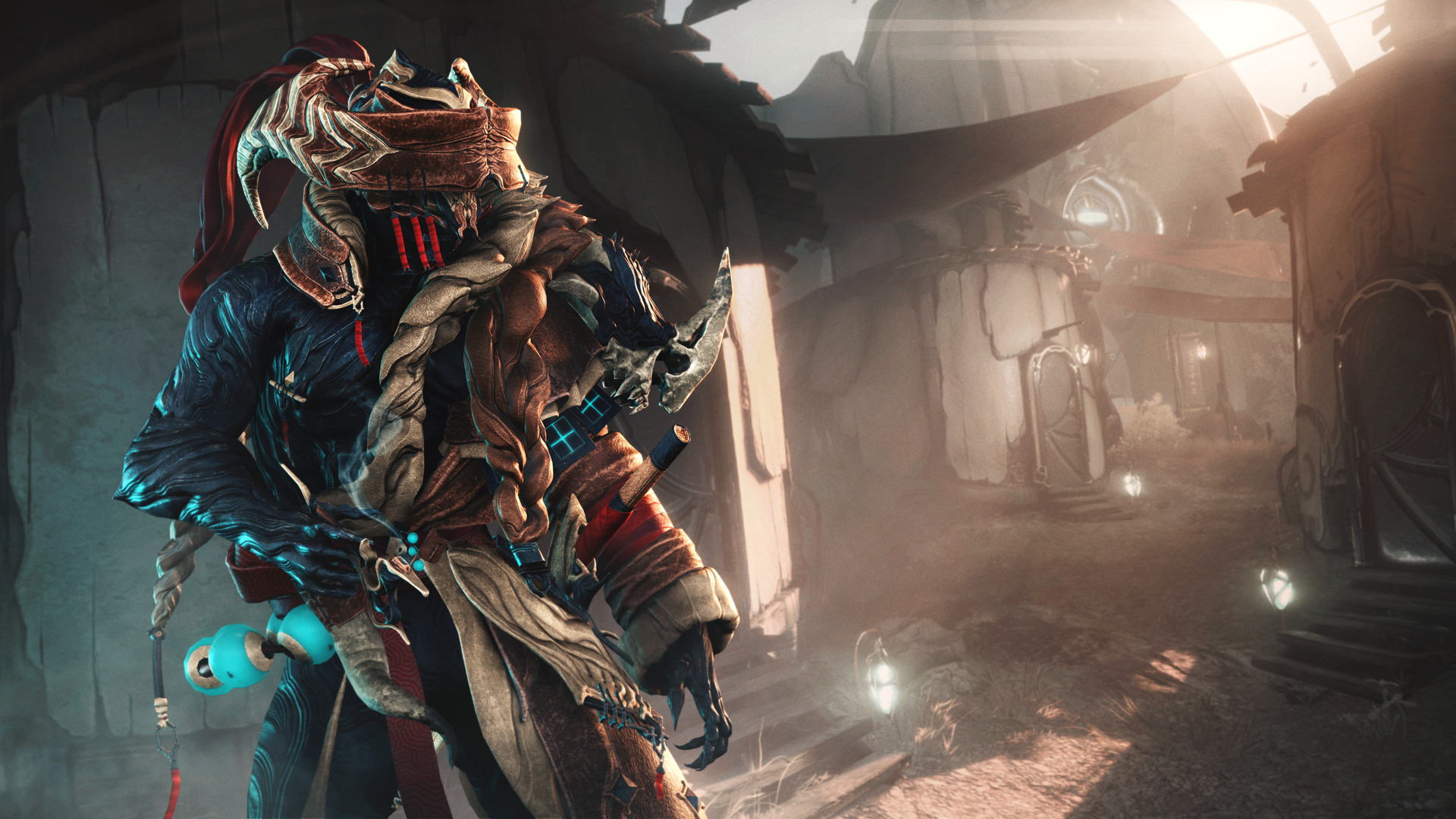 Excalibur Zato
Embrace the wandering spirit with this deluxe Excalibur bundle. Includes the Excalibur Zato Skin and Oku Nikana Skin. Excalibur Zato is the first-ever Deluxe Skin to have its own unique agile and noble animations, which can also be purchased in the Market!

Empyrean Launch Celebration Stream
Join us for a celebration stream on December 13, from 11 a.m. to 7 p.m. ET! Watch [DE]Megan and guests InexpensiveGamer, GlamShatterSkull and DKDiamantes as they journey towards the Veil Proxima and show off Empyrean. 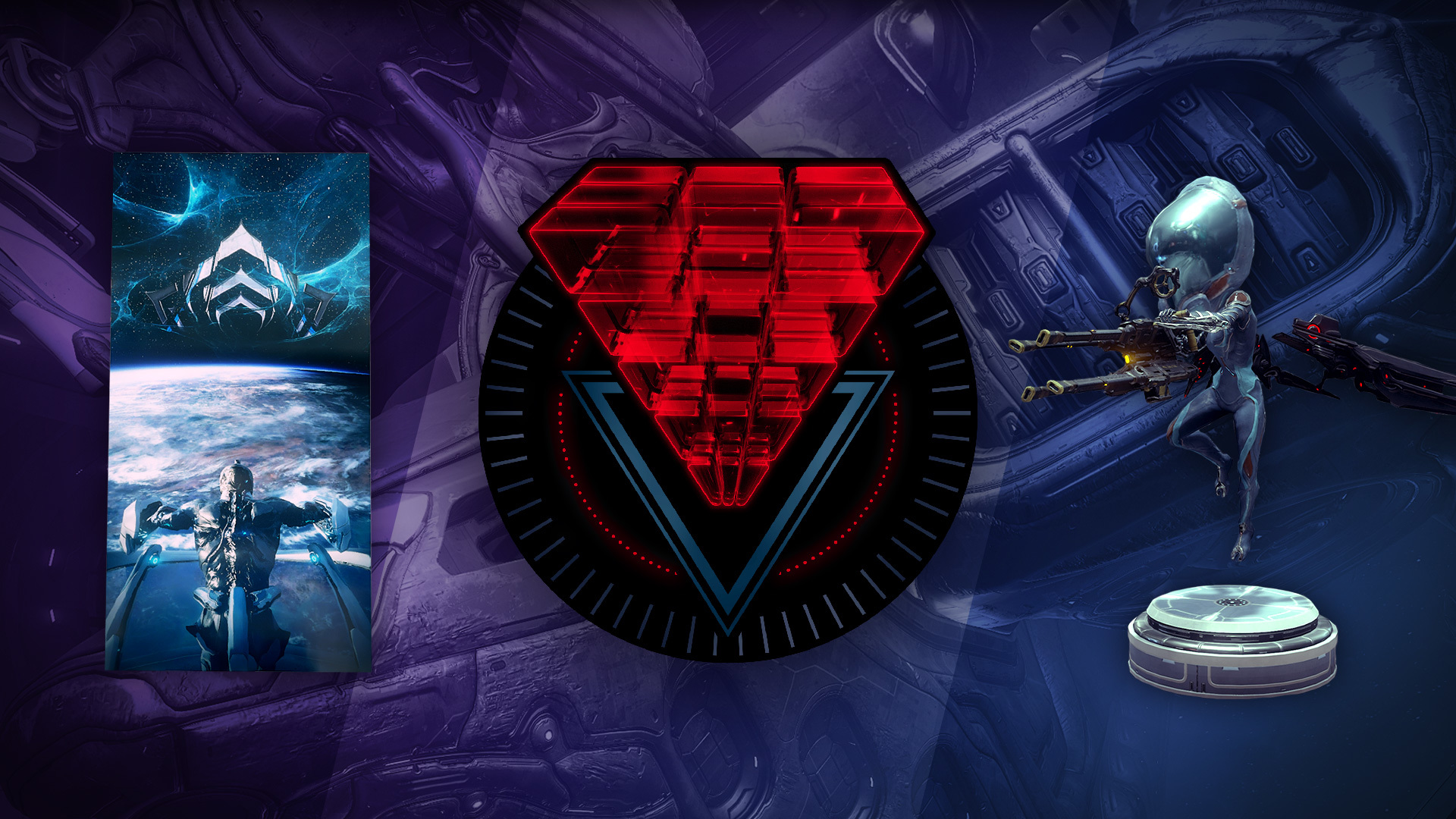 Throughout the next week, there are three more Drops to earn just by watching your favorite Warframe streamer with your Accounts linked! 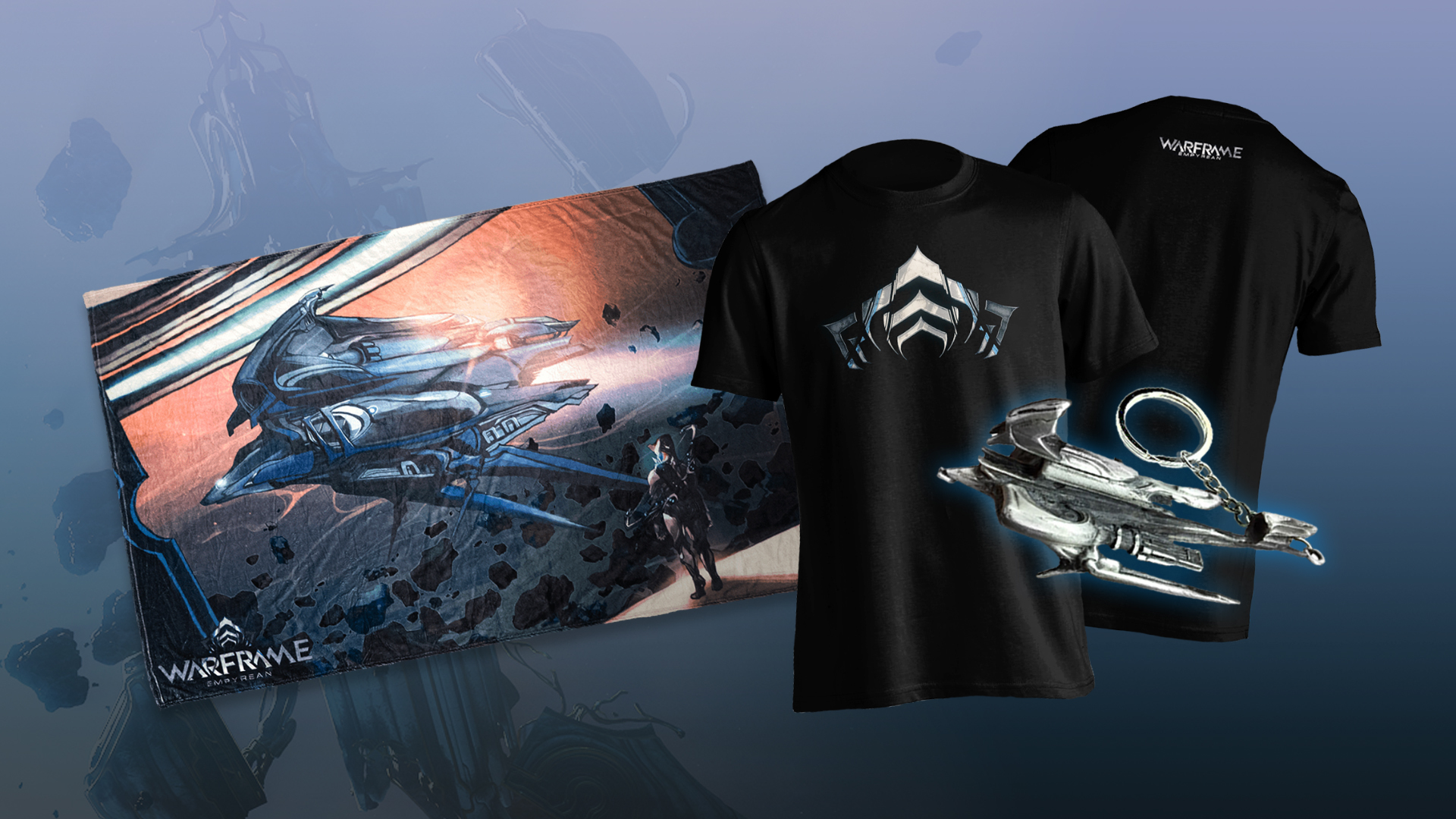 This is a limited-time pre-order! Items can be pre-ordered individually or as a full collection. Orders will be taken until January 7, 2020, and there will be a delay before your order is shipped. We’re aiming to ship in May 2020!

Twitch Prime Bundle
Get ready to drop the inferno. Score an Ember Warframe and a Filigree Prime Orbiter Decoration, free with your Twitch Prime Account! 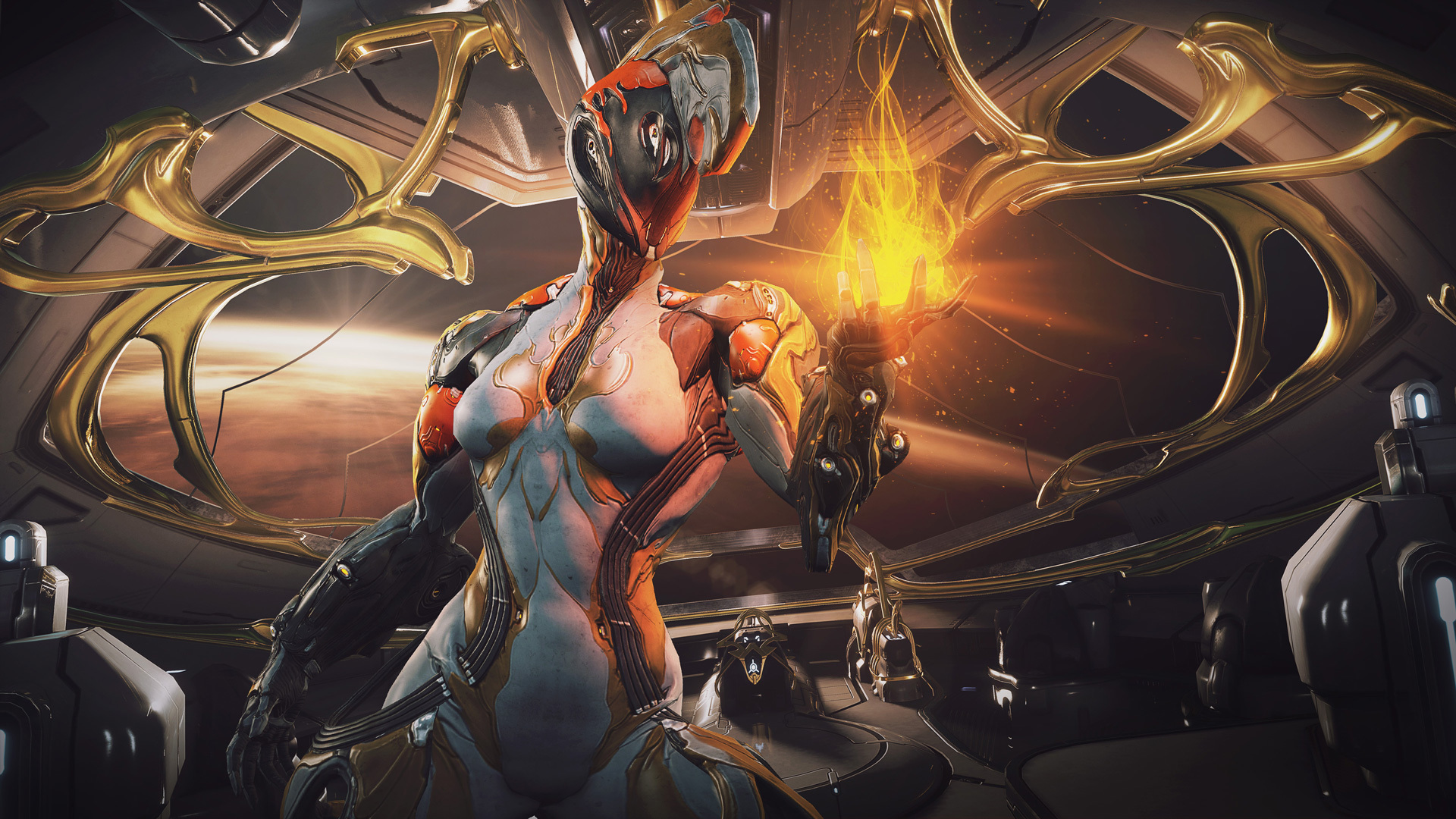 Twitch Prime members can take advantage of this white-hot promotion for a limited time by linking your accounts[www.warframe.com] and claiming Ember on Twitch[twitch.amazon.com]! Stay tuned for more content throughout the year with Twitch Prime.

Space Contest Reminder
Your window for launch is closing, Tenno, and with it, your chance to win $250,000 towards a trip to space!

During the month of December, earn double entries into the Be a Real #SpaceNinja Sweepstakes just by playing one Mission. The contest ends December 31!

For full contest details, learn more here.[www.warframe.com]
Copy Link
Does this change the meta? Be the first to make an updated Tier List!Tier List Maker