by gigantic-crowd-control
May 07, 2020
Copy Link
Made with Guide Builder

When units die nearby hanzo, or when hanzo kills an enemy unit, the blood demon absorbs their soul to be used as an energy.

Killing heroes grants 10 energy while 2 for other units.

Skill unlocks temporarily after inflicting 5 basic attacks to enemies. Hanzo, will then be able to devour minions and jungle monsters. 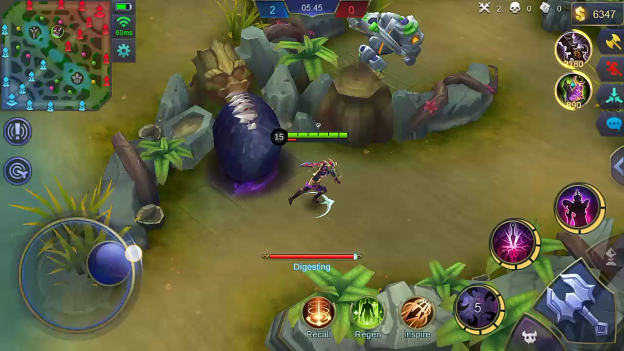 seems like that creep is just steak to hanzo

It can't devour the lord and the turtle, it will only deal true damage to them. Hanzo can't devour enemy heroes.

After digesting the target, hanzo will then get the bonuses given by that unit as well as demon blood. why is there purple moss on my&nbsp; steak. guess ill make a shoe from that

-Steal the buff inside the enemy jungle. Stack it first for five times to open the skill and immediately devour the jungle monster.

-Manage to only devour jungle monsters to maximize the effects and usefulness of this amazing skill. If hanzo steps in the center of the portal, he will absorb the soul portal and then recover some demon blood once again.

i just ate the apitizer

-Place this in an area where there are many enemies to absorb great amounts of demon blood.

-If possible, don't absorb this skill during team fights to gather energy every time, as enemies take damage to lengthen the last skill's limit.

the bill that the enemy pays

Hanzo releases the supreme demon inside his body. The demon then gains extra attack and movement speed, which last until skill ends. 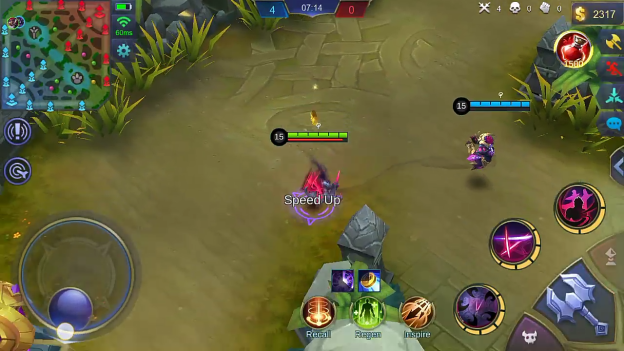 the red stuff below the green is the enemys money

Once the duration ends, the main body will slowly chase the supreme demon wherever it is, fusing them into one once again. ohno now you have to convice the enemy to pay again

When the demon is killed before the duration ends or before the main body reaches the demon, hanzo gets stunned and weakened.

Hanzo and the demon spirit are connected with each other with a black thread. When the thread turns red, it means the main body is being attacked. -Place the main body near any allied turret, for they will protect the body while you fight.

-With the extra attack and movement speed, target enemies with less durability and kill them first.

We are not done yet! These are the skills of hanzo when he is in his supreme demon form. Prepare!

the thing that makes them pay 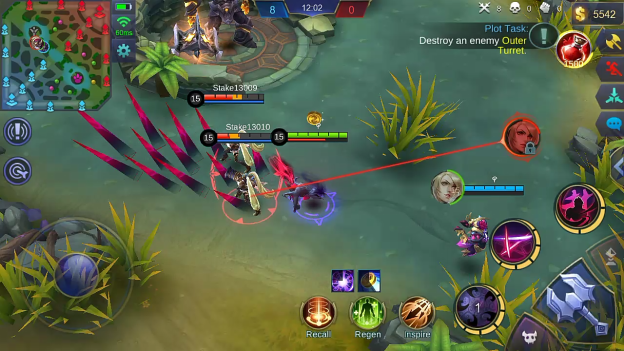 Hanzo also recovers demon blood when enemies are damaged by this.

-Keep using it all the time if it's available to give continuous burst damage. No need to worry about energy as it doesn't consume any.

there room when the dont pay

Hanzo leaps and turns into a demon pneuma, attacking enemies inside the targeted area. When this hits enemies, it stacks the first skill of hanzo, making it available after using the second skill.

-Place the enemies in the center of this skill to increase the chance of fully stacking the first skill instantly.

Using this while in demon spirit form will instantly end the demon form, returning to where the main body of hanzo is.

-Use this to control the main body when it is getting attacked by enemies when you're in demon form. Also to save some demon blood.

-Release the supreme demon and use the devastator skill to reach enemies and deal damage.

-The devastator skill will slowly stack the demon's first skill, making it available for use.

-Release first skill to enemies and deal basic attacks after. Repeat if skills are available again.

-When the timer is finished, let the main body move to the demon and use soul reap skill to give the finishing blow.

Best Battle Spells to Use

a meat shield that the&nbsp;opponents eat

when you steal their money

to get them to have money faster

stop them cold in their tracks. ( I could not think of how this would relate to food

Aegis can be shared to the nearest ally, so it can protect both the demon and the main body at the same time.

The demon has a skill with a wide cast range, but not the main body. This will be the only blink skill for hanzo's normal form.

Speed is one of the priorities of a physical assassin. Pick inspire if you want to increase his attack speed even more.

Some enemies will really dive inside the attack range of a turret just to kill their targets. Use this to stun enemies by turning them into stones.

This emblem increases the base damage and physical penetration of Hanzo. The last talent also gives more gold per kill.

Same talents in the assassin emblem, but the last one is spell vamp which enhances the damage of the skills of hanzo. It also stacks per kill.

The demon form of hanzo is his only form that most of its skills can target enemy heroes. You only have to hide the main body and release the demon to attack enemies. If you are an aggressive player, then this is good for you.

Be it his demon form or normal form, basic attacks are the most used kind of attack by physical type assassins. The demon's increased attack and movement speed makes him a deadly assassin to face head-on.

This doesn't mean that these heroes are the only ones that can help or withstand hanzo, but they are one of those few.

Any heroes that can hold enemies are good for hanzo. Kaja and ruby can keep restricting the movement of the target as hanzo keeps slicing and dicing. Angela can heal and boost the movement speed of hanzo's demon form even more.

Selena has a skill that can stun enemies for a long time. Standing in place is not good for hanzo. Minsitthar can hook his main body while leomord can push it away from safety. If you face hanzo, use this heroes as counters.

For all we know, hanabi doesn't have any blink skill, except if she uses the battle spell flicker. Karrie has one, but not that long. Hanzo's demon form can keep up with her. Gord is soft, and his stun can't reach far places, not like hanzo's demon form.